Make your toast and coffee at the same time…

When the size of the fuses protecting the existing circuits are reduced, the chance of the circuit tripping when overloaded is increased. We call this nuisance tripping. While not usually a problem for light circuits or power circuits in areas of the home such as lounge rooms and bedrooms, nuisance tripping on derated kitchen circuits is quite common.

Kitchen appliances such as jugs and toasters draw large amounts of power for short periods of time and can easily trip a 13 amp breaker (the most common sized fuse that older homes need to be reduced to).

To avoid nuisance tripping, we simply run a new cable with a higher temperature rating to the kitchen powerpoints that allows us to install a larger fuse on that circuit. That way you can still make your toast and your coffee at the same time without having to run to the switchboard.

We have an entire section of our installation guide dedicated to electrical compliance. If you haven’t done so already, download a copy below.

Need to find out more? Get all the information in our installation guide 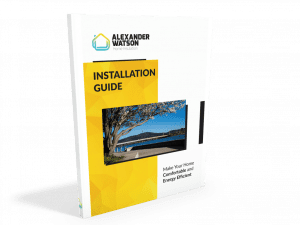